Testimonies (Click on an image to view the full image) 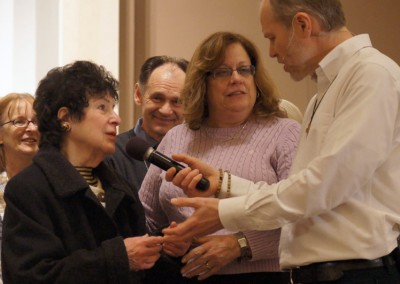 This woman was suffering from Raynaud’s disease (which is incurable). Her hands were permanently icy cold so that she even had to wear gloves in the summer. After the prayer and word of command, her hands instantly became very warm indeed and everything about them felt normal again. 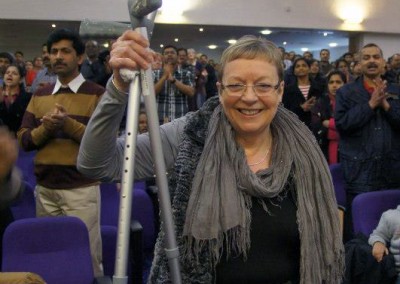 This lady Lynn, came in pain on her crutches. Instantly she could walk without them. Three weeks later, her doctors could not understand how the bones were all healed! 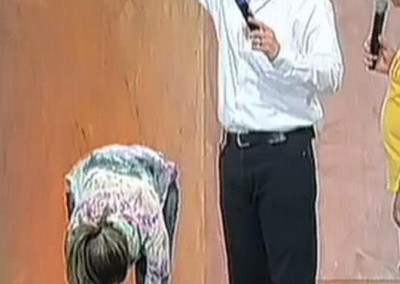 This young lady had 21 screws in her back. She could not turn at all or bend after the operation 9 years ago, not because of pain but because the screws fixed her with almost no movement. Now she can do the impossible and bend over… what happened to the 21 screws that ran down 10 inches of her back? Jesus is alive! 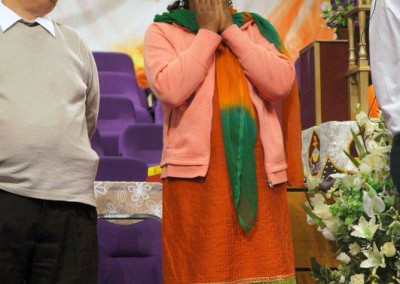 This woman’s distance vision is healed and she looks at wonder at everything crystal clear! 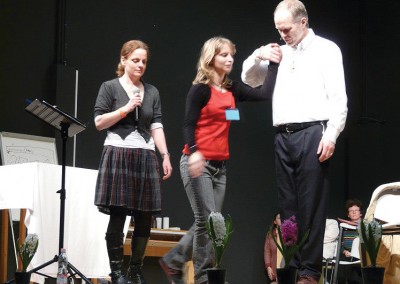 This young woman sprinted, screaming from the back of the hall after the word of command for the healing of legs. She had muscular dystrophy since she was a young girl and for many years and had to walk with her legs severely bent around 90 degrees. She had not been able to straighten them or walk upright and run. Jesus is alive! 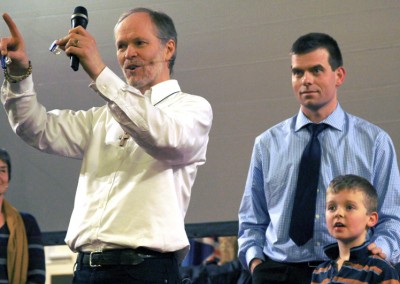 This boy was healed of deafness and no longer needs his hearing aids! 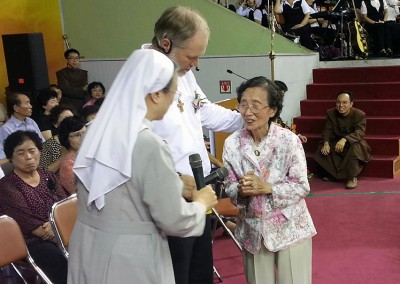 Totally blind in her left eye, the condition deteriorated so that she could not even open it. Jesus healed here and all is clear!

This young man had several painful tumors. After prayer, all the pain disappeared and the next day they were all gone. 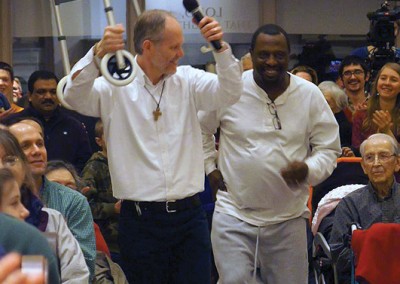 No Need for a Walker

This man arrived hobbling on this walker. After the prayer and word of command, he sprints up and down the church!